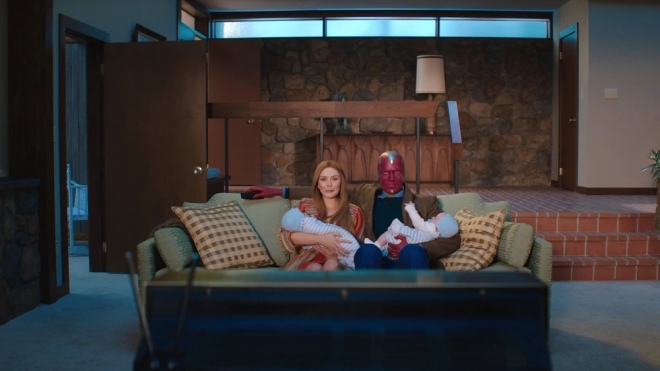 Episode Four is the first episode to integrate into the MCU, and they started by showing the chaos in a hospital after the second snap. Not gonna lie; I found this way too interesting. We forget that people just randomly came back everywhere around the world. Like, a woman could have been giving birth, and all of a sudden multiple people appear in the room.

As always, this is not a full review.

We Interrupt This Program

S.W.O.R.D was being built in the shadows by Maria, like how Peggy built S.H.I.E.L.D in the shadows. Hopefully, everyone is loyal, and there are no moles.

I wonder if Capitan Marvel is involved with S.W.O.R.D. Like, she is always in space. The acting director also mentioned interspace missions that Monica used to do, so I wonder if Monica worked with Carol. Maybe they had a falling out since Monica did not have the best reaction to hearing her name. I wonder if she has powers since she has gone on interspace missions and maybe even went on some assignments with Carol.

When Agent Woo was trying to communicate to Wanda over the radio, she heard him, but she made sure it didn’t make broadcast waves. She is live editing her sitcom and doing everything in her power not to mess up this picture-perfect life that she has. She is finally happy.

When Someone Enters The Hex, They Change To Fit In With The Aesthetic

Once the S.W.O.R.D agent came into the Hex, his cable turned into a jump-rope, and his protective gear turned into a beekeeper outfit. Wanda is the most powerful avenger.